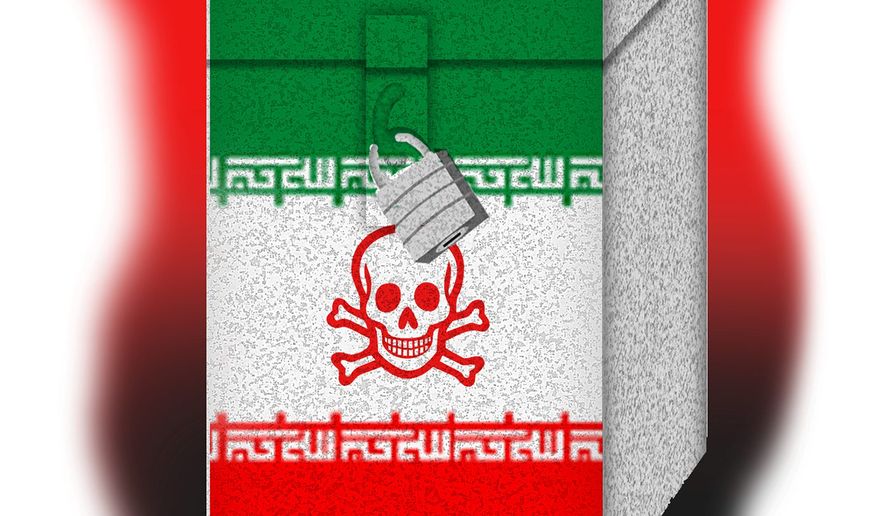 The outcome of the sham presidential election in Iran this month was the installment of an international criminal. Ebrahim Raisi’s egregious human rights record puts that of many well-known modern era henchmen to shame. He was involved in the mass murder of 30,000 political prisoners in the span of a few months.

Western media headlines were justifiably full of reminders of Mr. Raisi’s dark past, referring to him as a torturer and a butcher, among other less than admirable adjectives. Yet despite this justified outrage in the media, U.S. and European officials remain shockingly silent.

In May, after the Syrian sham elections, the US Secretary of State personally tweeted: “The Assad regime’s so-called presidential election is neither free nor fair. The U.S. joins France, Germany, Italy, and the UK in calling for the rejection of the regime’s attempts to regain legitimacy without respecting the Syrian people’s human rights and freedoms.”

But when it came to Iran’s so-called election, silence reigned at Foggy Bottom. The same is largely true with officials in Europe and the United Nations. The consequences of silence about the regime’s sham elections and Mr. Raisi’s murderous record will be dire and far-reaching.

The regime’s presidential elections on June 18 were completely boycotted by the Iranian people. Even the regime’s authorities, who have mastered the art of inflating voter turnout figures, were too embarrassed to report a participation rate of over 48 percent, the lowest in the mullahs’ history. And that is while a significant portion of the official tally, at 13 percent, included blank ballots. So, in reality, only one third of the eligible voters cast their ballots based on official figures, which included a dismal turnout of only 26 percent in the capital, Tehran.

At the same time, the number of “white” protest ballots was higher than that of the main candidate from Western-dubbed “moderate” factions, demonstrating the utter bankruptcy of the so-called “moderates” within the regime.

So, the international community is fatally silent on a multi-pronged seminal transformation on the ground. First, the Iranian people have resoundingly rejected the regime; Second, this rejection spanned the spectrum of mafia-like factions, including the “reformers;” And, third, the mullahs’ Supreme Leader has engineered the presidency of a mass murderer to confront the Iranian people’s uprisings.

How can any responsible policy remain silent about these significant developments?

Mr. Raisi, known as the “Henchman of 1988” among the Iranian people, has been involved in the barbaric execution of thousands of political prisoners, mostly affiliated with the principal opposition movement, the Mujahedin-e Khalq (MEK). Many had already completed their original sentences, and none had been condemned to death. Nonetheless Khomeini, the Supreme Leader at the time, issued a fatwa, a religious decree, declaring, “Those in prisons throughout the country who remain steadfast in their support for the Monafeqin (Hypocrites) [Mojahedin (MEK)], are waging war on God and are condemned to execution.”

Ebrahim Raisi, 28 at the time, was a key member of the “death commission” in Tehran, which implemented Khomeini’s fatwa.

Thousands of victims were quickly executed in prisons. Their bodies were doused with disinfectants, packed in trucks and buried by night in mass graves. Their families are still refused information about the location of the graves.

Geoffrey Robertson, a former U.N. appeal judge and President of the War Crimes Court in Sierra Leone, has carried out extensive research on the 1988 massacre. At a recent briefing, he said the 1988 massacre was “undoubtedly one of the worst crimes against humanity committed since the Second World War. … The election of Raisi focuses attention on this barbaric moment in world history that has been overlooked.”

In a statement, Amnesty International’s Secretary General Agnes Callamard said, “That Ebrahim Raisi has risen to the presidency instead of being investigated for the crimes against humanity … is a grim reminder that impunity reigns supreme in Iran.”

The Iranian people are also calling for an end to the regime’s impunity. On July 10, thousands of Iranians will take part in a three-day international online summit, attended by hundreds of dignitaries from around the world, to call for a free Iran and to urge an end to the culture of impunity for Iran regime’s leaders, including Mr. Raisi.

The Biden administration has argued that a central focus of his message to the world will be human rights and renewed attempts to uphold the rules-based international order. What better opportunity to strengthen that agenda by condemning the Iranian regime’s undemocratic elections as illegitimate, and calling for an international investigation into the 1988 massacre in Iran?

International impunity for the regime must end. And that should begin with condemning Mr. Raisi and launching an investigation into his horrific crimes. Silence will breed more murder.

• Ali Safavi (@amsafavi) is a member of the foreign affairs committee of the Paris-based National Council of Resistance of Iran (NCRI).