Why the Next Iranian President Is Dangerous to the World 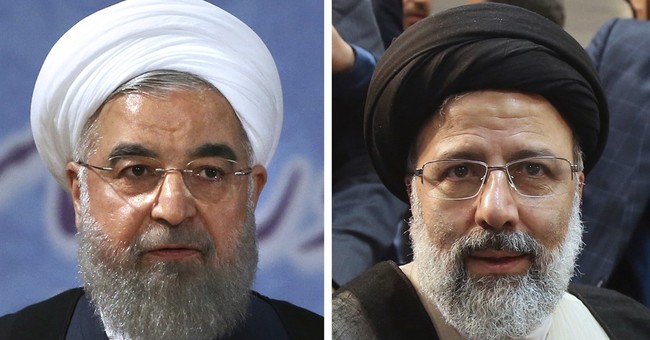 On February 9, Mahmoud Alavi, Iran’s Minister of Intelligence, notorious for murdering dissidents and masterminding bombing plots around the world, threatened that if the Iranian regime is pushed into a corner, it will choose to acquire nuclear weapons. While one state-run website tried to downplay the threat, no official has ever condemned the statement.

On May 26, the Guardian Council, a watchdog loyal to Ali Khamenei, the clerical regime’s current Supreme Leader, disqualified all but seven officials from running as the next president. Khamenei’s pick is Ebrahim Raisi, an infamous judge who has a 41-year dark track record of committing heinous human rights abuses and mass murder.

In 1988, Ruhollah Khomeini, Khamenei’s predecessor issued a religious decree ordering the killing of all political prisoners who remained loyal to the main democratic opposition Mujahedin-e Khalq (MEK). “Show no mercy to the enemies of Islam,” Khomeini said in the fatwa. Among the very few men chosen to execute his fatwa was Raisi, the current frontrunner on the ballot for the June 18 sham presidential elections.

Successive US administrations have been confronted by the regime’s terrorism and killing of American servicemen. Four of seven presidents in the regime’s history have come to power, promising better relationships with the West. With a new administration in Washington, Tehran has stepped up its aggressive behavior and nuclear extortion. It continued to breach the terms of the nuclear deal with world powers by increasing uranium enrichment up to 63 percent. In May, IAEA Director General Rafael Grossi told Financial Times: “A country enriching at 60 per cent is a very serious thing — only countries making bombs are reaching this level.Sixty percent is almost weapons grade, commercial enrichment is 2, 3 [percent].”

The Iranian regime also increased attacks on U.S. personnel in Iraq, pushed to undermine the Abraham Accords through flaming the Gaza crisis and sabotaged the U.S. plan to withdraw from Afghanistan through inviting the Taliban to Tehran and bombings in Kabul. The regime is desperate to prove it has leverage in the course of negotiating with the U.S. and other signatories of the nuclear deal.

Since 2018, the Supreme Leader has barely survived three major nationwide uprisings. The theocracy that he represents usurped the people’s sovereignty in 1979 after the Iranian people toppled a corrupt monarch. Since then, the mullahs’ fundamentalist regime has proved itself to be even more corrupt and murderous. Not only have the Iranian people been deprived of their basic human rights and freedoms, but they also cannot even afford staples like bread and rice now. Every day, Iranians in various cities and from different backgrounds take to the streets to strike, protest and demonstrate their anger against the regime’s corruption and economic mismanagement.

They chant, “Our enemy is right here, they lie when they say it’s America.” That is because the Iranian people know the root of their misery is the Iranian regime and nothing else. Now, most of them have joined an international campaign to boycott the sham that the regime describes as “presidential elections.”

Khamenei has demonstrated he’s determined to purge all his rivals and eliminate any semblance of the regime’s capability to reform itself. By installing mass murderer Raisi as the regime’s next president, Khamenei and his regime are bracing for an all-out war against the Iranian people and the international community. The Iranian people have rightly dubbed Raisi “the henchman of 1988.”

Khamenei himself has said many times that if the regime retreats in the context of the nuclear deal, it would have to make subsequent retreats, including when it comes to human rights and Tehran’s regional meddling and support for international terrorism. In the end, that means that the entire regime will need to be changed. So, Khamenei will not budge.

He has rather decided to shrink his circle and consolidate power. His most trusted lackey is Raisi, who has a proven track record of being determined to annihilate all opposition to the regime. Khamenei is simply in survival mode. The regime is at its weakest point in its history. Its presidential elections are a one-man show and the Iranian people have overwhelmingly decided to boycott it.

After the 2019 major uprisings, during which the regime killed at least 1,500 protesters (by the most conservative estimates), the world witnessed that the mullahs’ rule is illegitimate and must end. The Iranian people are now saying that their only vote is to “overthrow” this evil theocracy. The world needs to decide: Does it stand with the Iranian people, or does it want to deal with their mass murderers?