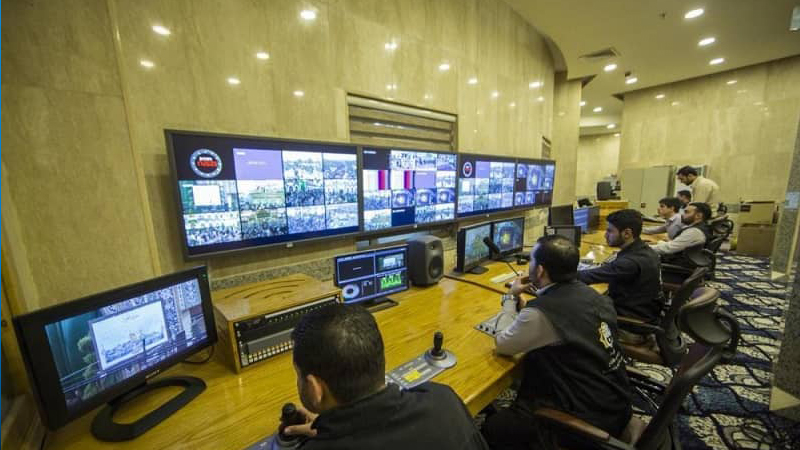 For more than 50 days, relentless protests have rattled the crisis-driven rule of the clerical regime in Iran. As in all preceding uprisings, this time again, public demands for lesser profound grievances, have again turned into calls for regime change.

The people have shown themselves unwilling to rest until those at the top of the regime are brought down. Toward that end, they have defied a nonstop, brutal crackdown that has left hundreds of protesters dead, thousands wounded and tens of thousands arrested or disappeared. This crackdown has been reinforced, to little effect, by a series of state-organized rallies, dozens of ultimatums by the Islamic Revolutionary Guard Corps and law enforcement officials, and five public addresses by the regime’s Supreme Leader Ali Khamenei.

Khamenei is now faced with an existential dilemma. His regime cannot back down even an inch in the face of the people’s demands without further raising their expectations and starting down a path that leads to its own collapse. Many times, Khamenei has made clear that change in behavior for his regime leads to regime change. On the other hand, there is something that has kept him back thus far from ordering a full-fledged, “fire-at-will” style crackdown like in the 1980s or the November 2019 uprising.

Perhaps it is because the regime’s Commander-in-Chief realizes that the latter will radicalize the movement and that his corrupt and shattered security apparatus will not survive the sole outstanding option for the people: an armed struggle.

As publicly stated, the regime’s response has consistently involved “identifying the leaders of the riots,” “targeted arrests,” and propaganda against those the regime deems the masterminds of insecurity. The following report aims to show why and how Tehran’s propaganda apparatus primarily targets the Mujahedin-e-Khalq Organization.

The Iranian regime’s disinformation campaign against the organized opposition group is nothing new. Were the MEK as “despised” as Tehran and some political pundits in the West claim it to be, then the extent of the recent media campaign against the MEK would make no sense. But in the context of the escalating rage of the current uprising, that campaign says as much about the opposition as it does about the regime.

Nevertheless, some “Iran experts” in the West argue that “due to the violent record and the malign nature of the MEK, the regime is merely using them as a deterrent,” a boogeyman if you will, to scare off domestic dissent as well as international support. But a more nuanced undertaking, as well as shedding light on the magnitude of the regime’s disinformation activities, can lay this argument to rest and help the political spectator to see beyond the smoke and mirrors.

The due diligence covers news reports, documentary pieces, and TV broadcast programs from official media sources in Iran. The data has been assessed from September 16, the day Mahsa Amini was announced dead after being arrested by the morality police, marking the first day of the uprising. It does not cover any previous practices of the regime’s propaganda apparatus.

A large number of resources (money/time/personnel) allocated, particularly the diverse contexts of narratives, to this topic in its media reveals that the Iranian regime is struggling with something more significant than an imaginary enemy. Instead, the war of narratives is focused on an uphill battle with a real foe, which is gaining traction as the uprising grows more radical and eliminates all of the regime’s deception methods.

The research has established the following conclusion:

The research indicates that the ruling clerics have developed a delicate and complex deceit system to counterfeit the MEK. Dealing with a multicultural society, the Iranian regime has been using dozens of different and sometimes contradicting narratives to influence the people’s mindset away from the organization.

The word Mujahedin is originally a Quranic term for ‘those who sacrifice their lives for the sake of God and the oppressed. But the clerical regime officially calls the MEK ‘hypocrites’ to convince the more traditional and religious strata, especially Shiites, that members only faking their faith. Meanwhile, the regime can’t help but claim the MEK are dogmatic, hijab-wearing extremists to mislead the more urban, secular-oriented, or even the non-Muslim communities. The regime has also produced other ethnic-oriented narratives like stories about killing Kurds, Arabs, or even Christian priests.

Even though these lies were uncovered and exposed by former regime officials as part of a campaign against the MEK by the Ministry of Intelligence and Security (MOIS), this has not prevented state media from repeating and elaborating upon the falsehoods again and again. 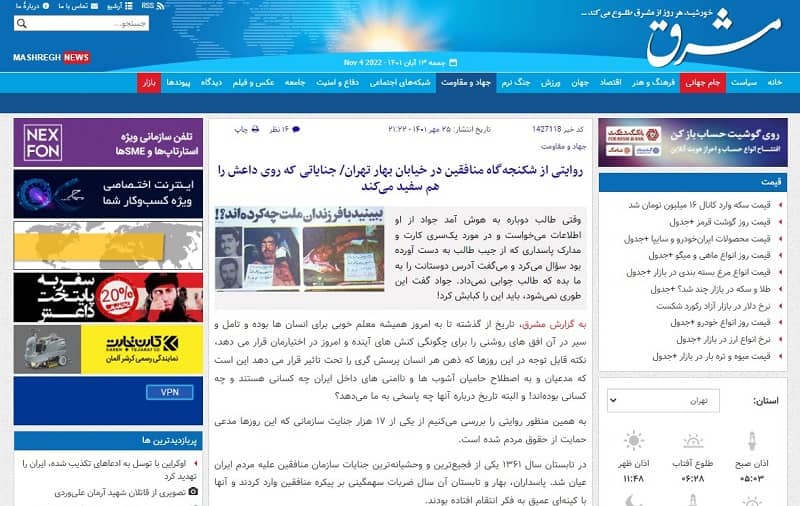 The Iranian regime’s vast intelligence community has a primary department to counter the MEK, called the Nefaq Division, which is run by the MOIS. Nefaq or Monafeq is the Quranic expression for hypocrisy, a libel that the regime’s former Supreme Leader Khomeini used to marginalize the organization and forestall its rising popularity in Iran.

As the internet has rendered the regime’s censorship futile, more Iranians have come to learn about the roots of their misery, and dissent has been growing by the day. Consequently, the regime’s current Supreme Leader, Ali Khamenei, called for a new initiative, the Jihad of Explanation, as a means to deal with the flow of free information that vividly impacts Iranian society. Brandishing the opposition’s revelations as propaganda, Khamenei declared that the war on narratives requires ammunition and resources.

The Iranian regime has also officially acknowledged having deployed tens of thousands of fake social media accounts to disguise as dissident groups or individuals while trashing the organized resistance and trying to delegitimize those who truly advocate regime change.

As the MOIS understood that its defamation campaign against the MEK, no matter how smart or intricate, would reveal the significance of the organization’s popularity inside the country, it made sure to attach the organized resistance to foreign powers, other dissident groups, or even ISIS.

The facts and accounts displayed below are reflective of how the Iranian regime intends to fight this war of narratives against what it considers its main threat.

“We must warn against this sinister ideology of the MEK everywhere. We must warn our youth not to fall into the trap of these hypocrites. We ought to keep these words of the leader in mind: You all have to pay attention to the fact that they are working on our youth… and beware of the enemy’s recruitment of our young society”. – state-run Rahyafteha website, May 17, 2020

Read more from the partially translated source above 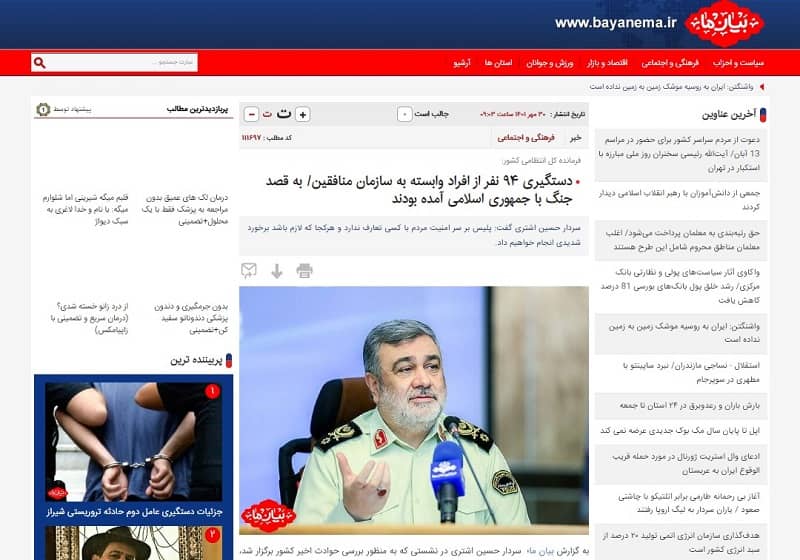 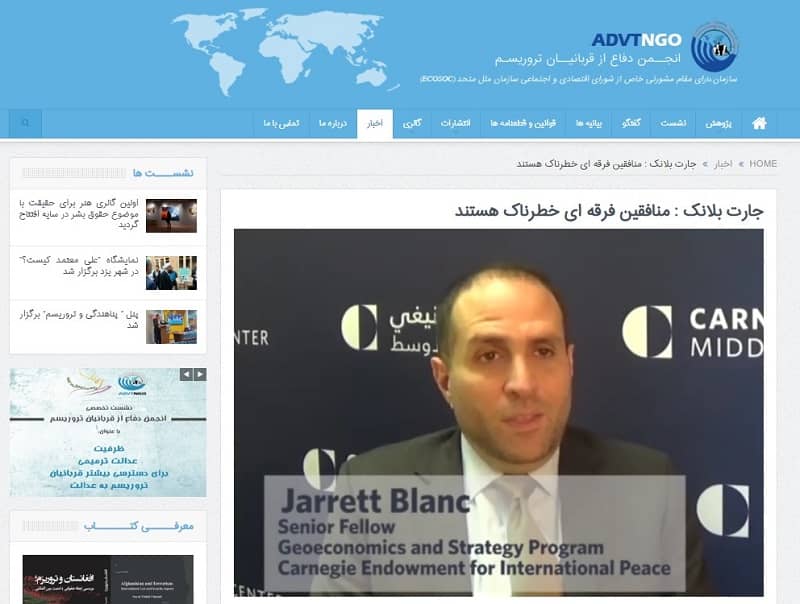 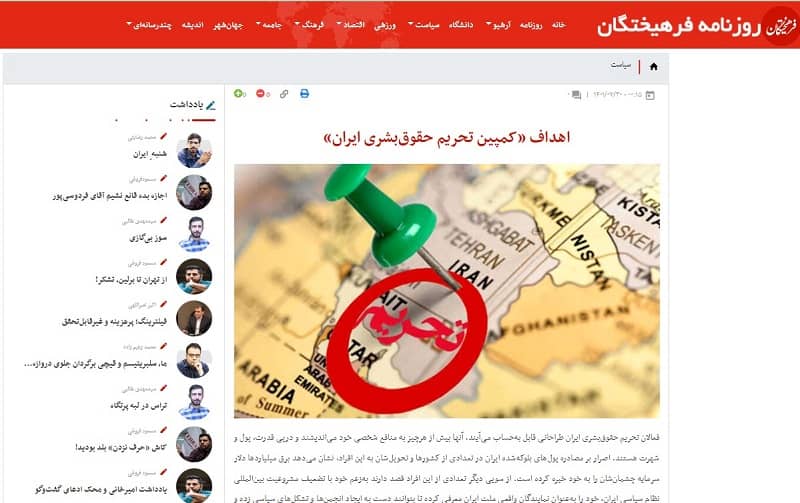 The Mujahedin-e-Khalq and the National Council of Resistance of Iran have been the frontrunners in disclosing reports of human rights abuses in Iran’s prisons and society. They succeeded in isolating the Iranian regime and pushed the international community to condemn the regime’s human rights violations more than 65 times on the international stage. This has driven the regime to denounce the source of its international isolation even more. 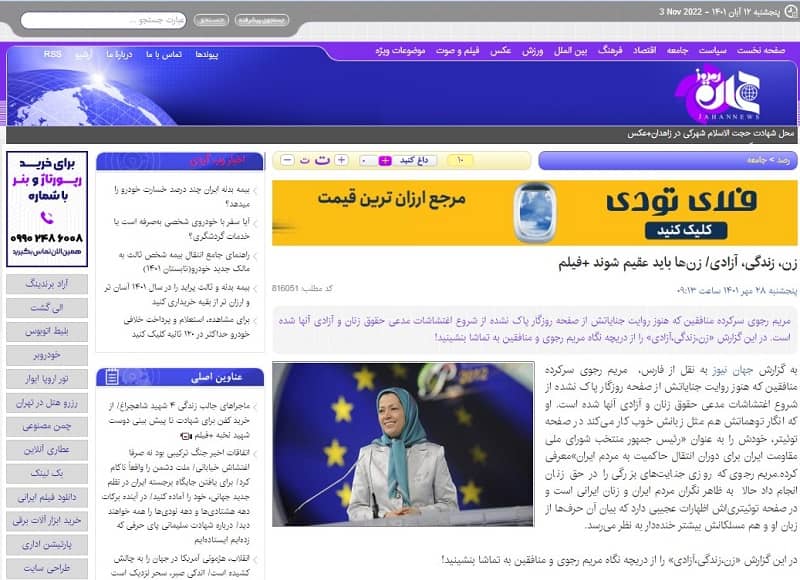 Amid an escalating uprising, the extent of the Iranian regime’s efforts and the amount of time, money, and personnel it has dedicated to defaming the Iranian Resistance is an indication of the regime’s priorities.

Questions about a possible alternative to the clerical regime are almost as old as the regime itself. A regime that was built on the ashes of the suppressive monarchial dictatorship soon lost legitimacy and sought to sustain power by eliminating all opposition groups, first politically and then physically.

By recruiting spies, infiltrating various dissident groups, and sowing conflict among them, the regime has long told the world and the Iranian people that there is no alternative to its rule. As the MEK and the NCRI have remained impenetrable for the MOIS, the regime resorted to a multifaceted deception strategy to eliminate hopes of any meaningful resistance against the ruling theocracy.

Among these false narratives, which have been widely echoed by the regime’s mouthpieces in the West, is that absent any viable alternative, regime change in Iran will produce another failed state like Iraq or Syria.

The regime’s concern about the MEK is exacerbated by the fact that the organization is older and better established than the scattered structure of the regime itself. As they have been fighting the MEK for more than four decades, the mullahs know what storms the organization has weathered and how it kept striking the most devastating blows to the regime while acquiring new recruits despite the harshest of circumstances.

Relying on a fully-equipped and well-funded security apparatus, Supreme Leader Khamenei perfectly knows that only a strong, structured, disciplined, and internationally respected organization with a strong foothold inside Iran can materialize regime change.

With the fake illusion of “reform” or “changing from within the regime” burned out, the regime is now using its sources in the West to promote a fake alternative that might check all the right boxes in terms of nice talking points, but in practice, it suggests a deradicalization of the protests.

No matter how the regime’s lies and deceitful tactics have played out in Iranian society, the public is increasingly exhibiting the strategy and slogans that have been promoted by the MEK’s network for the last four decades. Thus, it is clear where the revolution is leading to.

The Mujahedin-e-Khalq Organization played a major role in inspiring and organizing the ouster of the former dictator. Referring to the true revolutionaries who enabled regime change (the MEK and the Iranian Organization of the Guerrilla Freedom Fighters), the ousted Shah famously said, “One of my biggest mistakes was the failure to execute the terrorists.” Had he expressed the same words for the clerics, they certainly would have known to exploit it in their own interests.

Braving the harshest crackdown and outliving the most complicated intelligence warfare of the world’s most active state sponsor of terrorism, the Iranian Resistance has remained intact and built a strong network inside the country.

Relying on the wrong intelligence and prioritizing the wrong interests, the world once lost a great opportunity to welcome Iran as a constructive part of the global community. Failing to rethink these strategies and refusing to dismiss the wrong, mal-intended sources this time will only raise the cost and delay the inevitable. 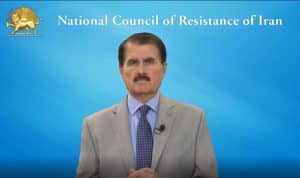