The U.S. Must Stay Firm in Iran Negotiations 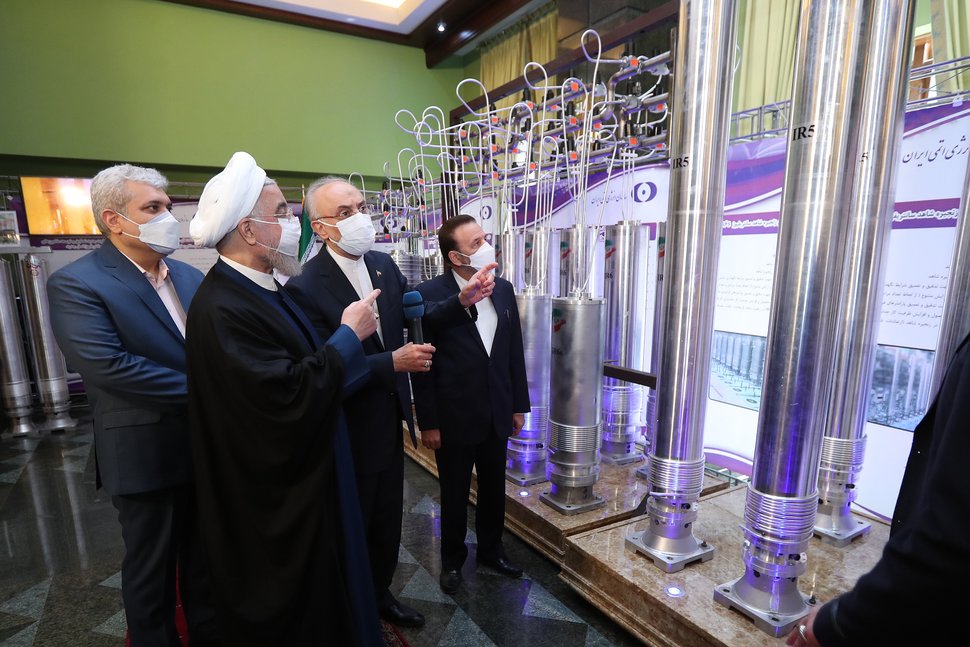 The Biden administration must understand it is dealing with a government in Tehran deep in survival mode.

or the past two weeks, delegations from the United States and Iran have continued indirect meetings in Vienna to work on a road map for a simultaneous return to compliance with the Joint Comprehensive Plan of Action (JCPOA). The original deal had been struck in 2015 between President Barack Obama’s administration and Tehran, hoping to curb Iran’s nuclear weapons program it had kept secret for years until the National Council of Resistance of Iran (NCRI) first revealed its existence in 2002.

Six years on, the JCPOA’s flaws have become universally acknowledged. The parties are having to return to the negotiating table because Iran has not only refused to abandon its nuclear program but has instead accelerated it in recent months to blackmail the international community.

What Are the Iran Nuclear Talks All About? ]

The previous administration called the nuclear agreement a “horrible one-sided deal” and withdrew from the JCPOA in May 2018. It also imposed sanctions on the regime that contributed to the severe weakening of an economy already in shambles thanks to the mullahs’ ruinous policies and endemic corruption. The sanctions also led to significant funding shortages for the mullahs’ terrorist proxies in the Middle East. Even before the U.S. withdrew from the deal, Tehran was taking steps to breach the agreement. To pressure the new administration to dole out concessions to it, the regime began enriching uranium above the JCPOA thresholds and started to build uranium metal, a material used in nuclear warheads.

When President Joe Biden took office in January, he promised to “lengthen and strengthen” the original deal. Other JCPOA signatories, such as France and Germany, have called for the same thing, while U.S. allies in the Arab world also want to prevent the regime from acquiring nuclear weapons or expanding its regional hegemony.

Ali Khamenei, the government’s supreme leader, has made clear that Tehran will not go back to complying with the JCPOA unless the U.S. lifts all sanctions. Other Iranian officials have insisted that Tehran will not discuss its missile program or regional meddling, something that the West wants to include in future negotiations.

Proponents of the appeasement policy with the Iranian regime are pressuring the Biden administration to provide immediate sanctions relief to Tehran to secure the victory of elusive “moderates” during the upcoming presidential elections in June.

But they are blind to the realities on the ground. After eight years of the “moderate” Hassan Rouhani presidency, widespread calls for boycotting what most observers see as sham elections by the regime are growing by the day. Millions of people have risen up in Iran in multiple uprisings in the past five years to call for democracy and regime change. They have moved beyond the government’s parochial internal feuds and factional bickering and instead want a genuinely representative and non-nuclear republic.

In his Nowruz address, Khamenei showed that he has made up his mind and wants to purge other rival factions, including officials affiliated with Rouhani’s faction. He firmly believes that the only way to survive another nationwide uprising is more suppression at home and more belligerence in the region. Iran’s uprising in 2019 was brutally crushed by the regime, leaving 1,500 massacred on the streets.

Khamenei is facing a starving nation, 60 million people below the poverty line, according to official sources. Disparate and pervasive protests are gradually linking together to repeat calls for fundamental change, even amidst a global pandemic.

Paranoid of another nationwide uprising, the mullahs are trying to extract as many concessions as they can from Europe and the U.S. while, at the same time, they have no intention of abandoning the nuclear weapons program or curbing their malign activities in the region.

If the government’s lobby were to succeed in persuading the administration to dole out premature concessions to Tehran, that would enable and embolden the mullahs to kill more Iranians and fund militias in the Middle East that undermine peace and security.

Facing a regime desperate to hold on for dear life, the Biden administration should stand firm and reject the regime’s policy of nuclear blackmail. If the past is prologue, no degree of political or economic incentives will induce behavior change as far as Iran’s ruling theocracy is concerned. As the saying goes, “a leopard never changes spots.” The only solution is what the Iranian street is calling for: democratic regime change.