Home/Interviews/Print/Iran’s Mullahs: Hiding the Coronavirus under their cloaks 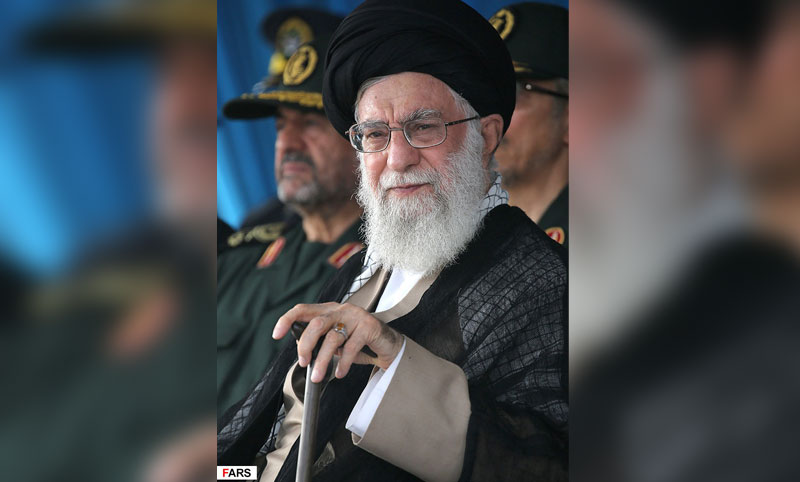 PARIS:  Americans are preoccupied with presidential primaries and CoronaVirus. Whatever the political result, Iran will be central to the next administration’s policy on foreign affairs and security. The clerical regime is utterly incompetent to control crises like the spread of the Coronavirus, facilitating its expansion across the world.

According to eyewitness reports, at least 5,500 Iranians have died in 186 cities.

Iranian people vote no to the Mullah’s regime.

The regime is weak and faltering. Recent results of the sham parliamentary elections on February 21, will affect America’s U.S. foreign policy and security. According to the clerical regime’s tally, only 19% of voters in the capital city of Tehran even bothered to cast a ballot. Nationally, the top vote-getter only garnered 14% of the total vote.

The Iranian regime; tottering on the edge of the precipice

It is important to remember that Iran’s tyrannical regime, much like other dictatorships, has a long record of vote-rigging. The exaggeration of numbers of voters is often astronomical.

Still, even by the regime’s own standards, the results of recent parliamentary elections are at historic lows.

The rigging of the Iranian elections.

Supreme Leader, Ali Khamenei, is faced with incredible crises and needs to close ranks. The rapid spread of Coronavirus is a perfect example. He is so weak that he cannot afford to have ongoing deliberations and visions among various regime factions. Khamenei deciding to prevent rival factions from influencing parliamentary discussions. The supervisory Guardian Council whose members are handpicked by Iran’s Supreme Leader, disqualifying over 60% of the candidates.

In January, a U.S. strike killed Qassem Soleimani, the regime’s terrorist-in-chief outside the country. At the same time, the regime shot down a civilian jetliner, killing at least 176 people.

As if that was not enough, massive country-wide anti-regime protests in November and January threaten the regime’s survival. In an unprecedented fashion, protesters are braving imprisonment and torture to call for the overthrow of Khamenei and regime change.

According to the Iranian opposition, and later confirmed by regime officials, at least 1,500 were killed in only a few days of protests.

Coronavirus (COVD-19): The latest global threat from the Iranian regime

This including no less than 23 children, according to Amnesty International.

The regime’s parliamentary elections immediately followed this upheaval and the people voted with their feet, running away from the ordination of regime-sanctioned candidates and the whole notion of undemocratic “elections.”

This is while the regime hid the Coronavirus spread in order to ensure that as many of its supporters participate in its elections masquerade. That hope didn’t actually pan out because the regime is at its lowest point.

This fact should deeply worry Tehran and send a signal to the United States that change is in the winds in a country that today represents an existential, nuclear threat to friends and allies in the region.

Americans are rightly wary of the general idea of regime change. The mere phrase conjures up a costly bloody business that often smacks of adventurism. In many ways, President Trump embodies this instinctive antipathy for intervention. However, Iran is different. The Iranian people want to settle the matter on their own.

They don’t need boots on the ground or American money.

There is a competent and viable opposition in the form of the Mujahedin-e Khalq (MEK) and the parliament in exile, National Council of Resistance of Iran (NCRI). This movement led many of the protests this year and has been a key ally for the world, identifying the regime’s nuclear sites and capabilities, and helping prevent American deaths at regime hands in Iraq.

What the Iranian people do not need guns or foreign occupation.

Iranians need moral and political support. America must continue to speak out against the illegitimate and murderous regime in Tehran. A regime that is responsible for mass atrocities against its own people and the deaths of Americans in Iraq and Syria. A regime that is responsible for the widespread instability across the volatile Middle East region.

And, now the mullahs will be responsible for the intensification of a global epidemic because they are corrupt and incompetent.

What’s next for Iran and the World

America must also continue to pressure the mullahs through economic sanctions, which along with Tehran’s unsustainable military expenditure is pushing the economy to the tipping point.

The Iranian people will do the rest. It’s up to them to change the regime and establish democracy, which has been championed for four decades by NCRI President-elect Maryam Rajavi.

As the American people race towards November, they should envision the world they wish to live in and the future they wish to inhabit. Undoubtedly it is a world of peace and prosperity. As Iran’s rigged elections proved, the Iranian people are ready for democracy.

The American people should support them.

Ali Safavi (@amsafavi) is an official with the Foreign Affairs Committee of the Paris-based National Council of Resistance of Iran (NCRI) and President of Near East Policy Research (NEPR), a consulting and policy analysis firm in Washington, DC.  A sociologist by career, Safavi studied and taught at UCLA, California State University Los Angeles and the University of Michigan from 1972 until 1981.

Hamed Saber from Tehran, Iran – Presidential candidate Mir-Hossein Mousavi and his wife, Zahra Rahnavard in the protests of 15 June which recorded as the biggest unrest since the 1979 revolution