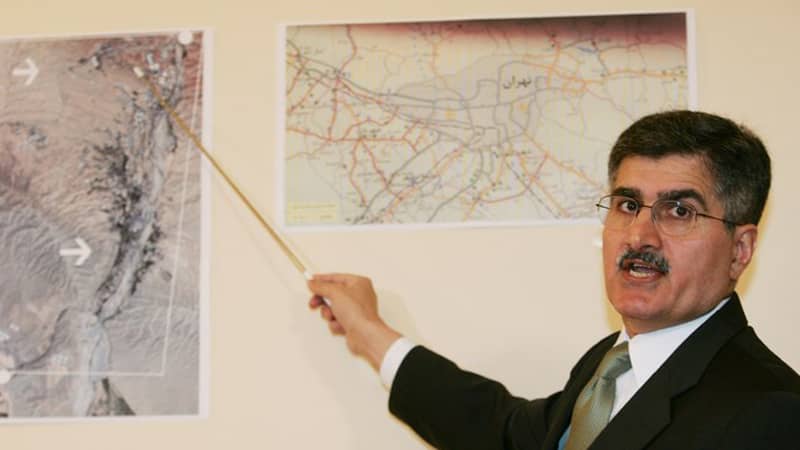 Ali Safavi said, the lifting of sanctions would be unlikely to achieve anything productive. (Reuters)

Warning comes amid Iranian fury over US refusal to lift sanctions on the economically isolated state
Sanctions were imposed on Iran for repeated violations of 2015 Iran nuclear deal
LONDON: An Iranian resistance group has warned against providing the Iranian regime with the “lifeline” of sanctions relief, amid Iranian anger over the Biden administration’s refusal to lift punitive measures imposed on the country.

Ali Safavi, an official of the Foreign Affairs Committee of the Paris-based National Council of Resistance of Iran (NCRI), told Arab News that the lifting of sanctions would be unlikely to achieve anything productive, but would allow Tehran to continue its domestic and regional belligerence.

“The regime has never been so weak and vulnerable as it is today,” Safavi said. “Throwing the mullahs a lifeline would be counterproductive and to the detriment of freedom and democracy in Iran, and to regional and global peace and security.”

Safavi’s comments come amid Iranian fury over US President Joe Biden’s refusal to lift economic sanctions until Tehran comes back into “full compliance” with its commitments under the 2015 Joint Comprehensive Plan of Action (JCPOA) — widely referred to as the Iran nuclear deal.

The NCRI argued that the deal — designed to prevent Iran from acquiring nuclear weapons in exchange for relief from economic sanctions — was an ill-conceived pursuit that was unlikely to achieve its central goal.

“The indisputable fact is that no amount of economic and political concessions will change the behavior of the ruling theocracy in Iran,” Safavi said.

“Owing to its fatal flaws, including the failure to address the PMD (Possible Military Dimensions of Tehran’s nuclear program) and the lack of inspections anytime, anywhere, the JCPOA did not block Tehran’s path to the nuclear bomb permanently. Tehran’s egregious violations of the JCPOA since 2018 are a testament to this fact.”

Since 2018, as Safavi eluded to, Iran has breached a number of its commitments under the deal.

Senior Iranian ministers have repeatedly threatened to bar international inspectors from nuclear sites, pledged to build new nuclear facilities across the country, and initiated the enrichment of uranium — a core material used to create a nuclear bomb — to significantly higher levels than those agreed on in the deal.

Newly confirmed US Secretary of State Antony Blinken said the US would only return to its commitments under the deal if Iran does, but that “we are a long way from that point.”

He said: “Iran is out of compliance on a number of fronts. And it would take some time, should it make the decision to do so, for it to come back into compliance in time for us then to assess whether it was meeting its obligations.”