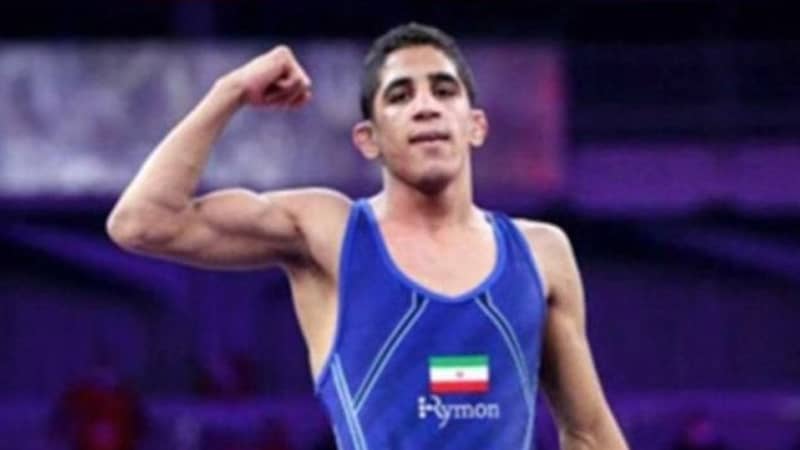 LONDON: The Iranian regime is set to execute a second wrestler just months after it hanged champion athlete Navid Afkari amid international pleas for clemency.

Mehdi Ali Hosseini, 29, was arrested in 2015 and charged with murder following a group brawl.

Britain’s Daily Mail newspaper reported that he is expected to be imminently executed because the victim’s family refused to pardon him.

Ali Safavi, an official from the foreign affairs committee of the Paris-based National Council of Resistance of Iran (NCRI), told Arab News that the NCRI and other regime critics “strongly condemn the ruling religious dictatorship for its intention to execute” Hosseini.

“The NCRI is opposed to capital punishment as a matter of principle. As evident in the past four decades, the clerical regime uses executions — political and otherwise — as a means to instil an atmosphere of terror and intimidation in society, in a bid to thwart the eruption of uprisings by an increasingly enraged and discontented population, which seeks regime change,” Safavi said.

“These executions are carried out in blatant breach of internationally recognized standards, including due process.”

In September 2020, Afkari, 27, was executed in the southern Iranian city of Shiraz. Tehran claimed he had murdered a water department worker during nationwide protests in August 2018.

The regime broadcast a confession by Afkari last week to support its claims, but he continued to protest his innocence through his own social media accounts until his execution.

The Human Rights Activists News Agency said he had produced a forced confession after severe torture.

Safavi said: “Prisoners are routinely and brutally tortured to extract forced confessions. These barbaric executions are the flipside of the coin of exporting terrorism to the Middle East, both of which serve as pillars that help preserve the medieval regime in power.”

He added: “It’s time for the UN to send a fact-finding delegation to Iran to visit prisons and meet with prisoners, particularly political prisoners. Tehran’s appalling dossier on human rights should be referred to the UN Security Council for the adoption of concrete and punitive measures. Silence and inaction have emboldened the regime to step up such criminal executions.”

Campaigners argued that Afkari was set up for the murder by leaders in Tehran who wanted to silence a popular critic. The same fears remain for Hosseini.