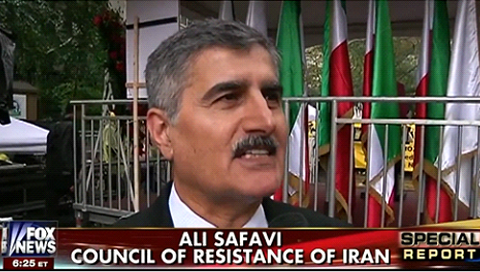 Iran’s president says a deal with the West over his country’s nuclear program is possible before the November deadline. But senior correspondent Eric Shawn tells us from the United Nations, Iran’s relationship between the US and its allies remains adversarial.

Eric Shawn: He represents a country that the US State Department says is still the world’s leading state sponsor of terrorism, that ships missiles to Hammas, funds Hezbollah, and spreads Islamic Fundamentalism throughout the globe. But in his address to the United Nations General Assembly, Iranian President Hasan Rouhani blamed turmoil in the Middle East on everything else, but Iran. He said blunders by the West created the extremism that is now sowing chaos. Rouhani called the coalition airstrikes in Syria and Iraq a strategic mistake, on his country’s disputed nuclear program, Rouhani said he thinks there will be an agreement by the November 24th deadline, set by Iran and the six world powers. And he again vowed that Iran would not give up, what he says, is their right to enrich uranium, despite six United Nations Security Council resolutions against that. As he spoke, Iranian opponents held their annual noisy rally outside the United Nations, slamming Rouhani’s appearance.

Ali Safavi: The Iranian regime has been the epicenter of exporting terrorism to the rest of the region. Their brand of extremist Islam is what has plagued the region ever since the mullahs came to power in Iran 35 years ago. So for Rouhani to blame others for what we see in the region today is, in my view, outrageous.