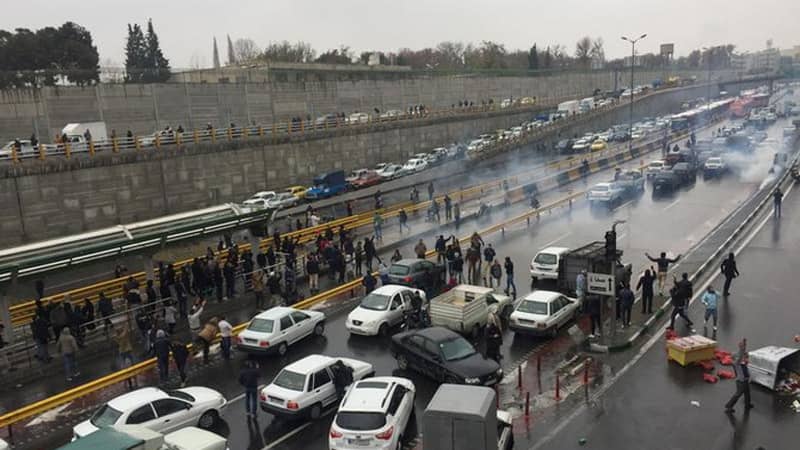 In its annual World Report 2021, published on Wednesday, the NGO highlighted the state’s ruthless grip over civil society.

The report also focused on Iran’s handling of its coronavirus outbreak, noting that while some prisoners were offered temporary release as the state struggled to contain the spread of COVID-19, many were excluded from this clemency. Political prisoners were forced to remain behind bars as the virus spread through cells.

“By suppressing human rights defenders and other activists, the authorities are simply fueling more dissent and frustration.”

The report underlined Tehran’s brutal crackdown on peaceful protesters. It said since January 2018, the Iranian authorities have responded to regular protests across the country with extreme violence and the baseless arrests of thousands of peaceful demonstrators.

At the height of the protests in November 2019, when global attention was drawn to Iran, HRW said the regime initiated a “brutal crackdown” by ordering a near-total shutdown of internet services.

HRW quoted figures from Amnesty International, which claimed that the state’s response to the protests led to the deaths of 304 people. Tehran puts the figure at 230.

The report also criticized the regime for its indiscriminate use of the death penalty. HRW said as of Sept. 21, 2020, the authorities had executed two people convicted of murder during the protests, including Navid Afkari, a 27-year-old champion wrestler, “without investigating serious allegations of torture he said he experienced in detention.”

Ali Safavi, an official with the foreign affairs committee of the Paris-based National Council of Resistance of Iran, told Arab News: “The ruling theocracy’s draconian repressive measures, including the stepped-up executions, arrests and torture of dissidents, must be viewed in the context of the regime’s increasingly precarious state in the face of tremendous public rage.”

He added that the brutal crackdown on dissidents could lead to an “eruption of another nationwide uprising, far greater in scope and intensity than the one which engulfed nearly 200 cities nationwide in November 2019.”

Safavi said the conclusions of the HRW report are hardly a surprise when “the economy is near collapse, Iran’s national currency has been in freefall, government corruption is rampant, and factional feuding at the top has reached new heights.”