Enough With The Crocodile Tears For The Iranian People 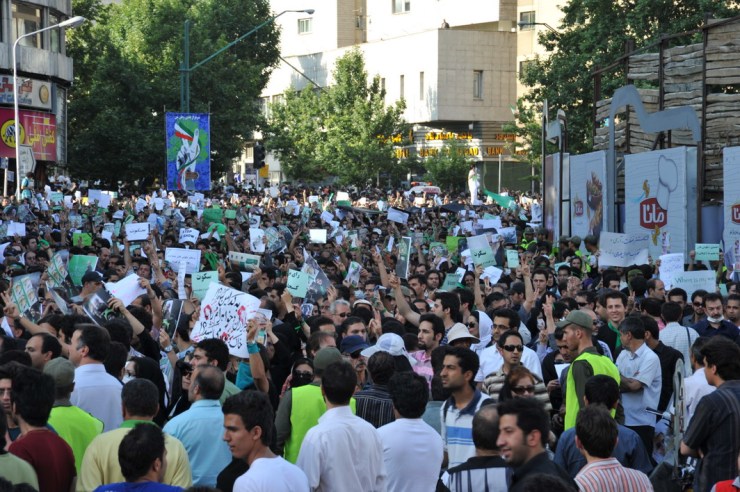 When it comes to the coronavirus pandemic, the Iranian regime’s conduct has been criminal. More than 20 countries can trace their infections back to Iran. Within the country itself, thousands have lost their lives. While the regime has made a concerted effort to blame sanctions as the real reason for the catastrophe, in reality, no one but the regime is responsible.

First, some facts and figures. Every credible global institution has noted that the official figures provided by the regime’s ministry of health is much lower than the actual number of fatalities. Officials treat this as a “national security” matter and consider releasing unofficial figures “a criminal act punishable by law.” Many have been arrested. The most reliable alternative source of information is the largest organized opposition movement, the Mujahedin-e Khalq (PMOI/MEK). The MEK has been gathering data from various hospitals, morgues, mortuaries in cities across Iran and reporting on it every day for the past three weeks. As of March 29, the latest MEK tally puts the number of dead at 15,500 in 232 cities.

Reports from the city of Qom, where the spread seems to have started, show that 60 to 70 people are dying of coronavirus every day, and existing mortuaries can no longer accommodate them. Satellite imagery shows graves being dug in Qom at an unusual speed. According to the Washington Post, these coronavirus burial pits are so vast they’re visible from space.

The virus has infiltrated even the regime’s own ranks, with more than 100 of its officials, including over two dozen senior clerics and associates of supreme leader Ali Khamenei himself, having contracted the virus, demonstrating the depth of crisis in Iran and the regime’s incompetence. Among medical staff, so far more than 100 doctors, nurses and other providers have lost their lives while treating coronavirus patients.

How did Iran become the coronavirus epicenter? There is reliable evidence that the regime knew about the spread as early as February 3rd, but deliberately covered it up. It did so in order to ensure as high a public turnout as possible for the revolution anniversary march on February 11 and the sham parliamentary elections on February 21. Mahan Air, controlled by the Islamic Revolutionary Guard Corps (IRGC), continued passenger flights into China well into the month of March.

So the regime cover-up is undisputed. And that cover up was instrumental in the rapid spread because the public was deliberately misguided. While blaming sanctions, the regime has refused international help. For example, Doctors Without Borders dispatched a field hospital to the city of Isfahan, but officials expelled them. Alireza Vahabzadeh, a senior Health Ministry official tweeted on March 24: “There is no need for foreigners to set up field hospitals.” For the regime, people are not a priority, much less their health. In November of last year, it massacred 1,500 protestors. It is no surprise that instead of hospitals and medical facilities, the regime has invested heavily in malign activities like the nuclear and missile weapons program, which it deems necessary for its own morbid survival.

Meanwhile, corruption in Iran has reached cosmic proportions. Last July, health minister Saied Namaki said: “$1.3 billion dollars allotted to the purchase of medical supplies has gone missing.” Due to hoarding of supplies, price manipulation tactics, and sheer mismanagement, hospitals lack basic necessities to confront the spread of coronavirus. The IRGC, for example, hoards and sells on the black-market basic items like masks and disinfectants at 10 times the average price. The regime’s financial institutions, like Khamenei’s Setad (with over $100B in assets), the National Development Fund (with tens of billions of dollars in assets) and other large economic powerhouses (controlling 60% of the national wealth), have so much resources that even a small portion could pay for the costs of confronting coronavirus.

While complaining about international sanctions, on January 8, the regime increased the budget of the IRGC terrorist Quds Force by 200 million euros. This is why many medical staff have not been paid for months. Moreover, medicine has never been sanctioned. The Director of Organization of Food and Medicine announced on March 21 that special gowns, masks, and hygienic material can be imported in 48 hours. The regime has also been able to import test kits since January.

As Mrs. Maryam Rajavi, the President-elect of the National Council of Resistance of Iran, has emphasized, those shedding crocodile tears for the people of Iran under the pretext that there is a need to lift the sanctions actually seek to throw a lifeline to a moribund regime and empower it to deny the Iranian people their most rudimentary rights.

The problem in Iran is not sanctions but an inhumane and corrupt theocracy at war with its own population.