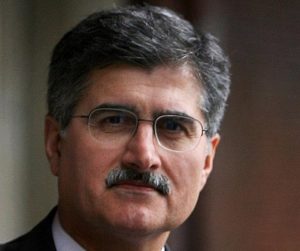 Character assassination, a particularly repugnant political tactic, has been employed extensively throughout history. An extreme case in contemporary American history, McCarthyism, has since been condemned by the public and political circles, both Democrat and Republican. Slander,

distortion, fabrication and sophistry are the tools of the trade. Hitler’s propaganda minister, Joseph Goebbels, believed that the bigger the lie, the more convincing. Machiavellitaught that the ends justify the means. Both “principles” are applied in character assassination.

Paul Pillar’s “The MEK and the Bankrupt U.S. Policy on Iran” (The National Interest, Nov. 13), is the latest in a chain of attempts to denigrate the legitimacy of the main Iranian opposition movement, the Mujahedin-e Khalq (PMOI/MEK).

As to whether this litany of stale, utterly preposterous slander will achieve its goal is an entirely different matter. Hundreds of ad hominem attacks against the MEK by the Iranian regime and its propagandists have proven futile, as evidenced by the movement’s growing popularity and wherewithal in Iran, and its standing on the world stage, which leads us to conclude that Pillar’s diatribe does not have a snowball’s chance in hell.

Based on his own writing and public comments, Pillar is a fervent proponent of engaging with Tehran. Regardless of his motives, however, he has thrown a lifeline to the murderous mullahs, besieged by a determined population hell-bent on regime change, and jolted by a new direction in U.S. policy contrasting sharply with that of the previous administration.

Inside Iran, protests and strikes are ongoing since the December 2017 uprising. Pillar’s insistence that the MEK has virtually no support inside Iran is contradicted by the regime’s top brass. Not a day has gone by without Supreme Leader Ali Khamenei, or President Hassan Rouhani, or Revolutionary Guard commanders, or the heads of the Judiciary and Legislature, or Friday prayer leaders, or the state-run media denouncing the MEK’s effective role in organizing and directing the anti-regime movement.

Desperate to survive, Tehran has stepped up its war against the MEK on three fronts: targeting its network in Iran, waging terrorism abroad, and demonizing it in the media.

The regime’s deadly crackdown, including the executions of dozens of protesters and the arrest of hundreds of MEK Resistance units, has proven ineffective in preventing young Iranians, especially women, from joining.

Which is why, despite their dire need to garner European support as they grapple with re-imposed U.S. sanctions, the mullahs launched a number of high-profile extraterritorial terrorist attacks against the MEK and its affiliates in Tirana, Albania, where thousands of the group’s members reside; in Paris, France, where the MEK’s parent coalition, the National Council of Resistance of Iran (NCRI) is headquartered; and in Washington, DC, where the NCRI has a Representative Office. Thankfully, the plots were foiled, and Tehran’s diplomat-terrorists arrested and/or expelled.

Having failed on both fronts, Tehran’s only recourse is mud-slinging. Former Iranian Intelligence Minister, Ali Fallahian, wanted by Interpol for his role in the 1992 assassination of four Kurdish dissidents in Berlin, said as much on state-run TV: “… We do not dispatch an intelligence officer, let’s say to Germany, the US or Russia, and there he would say, ‘well, I am from the Ministry of Intelligence, please provide me your information.’ (We would do it) under the cover of businessmen or journalists…”

I will not dignify the baseless allegations in Pillar’s piece, some of which border on vulgarity, by providing a point-by-point rebuttal. Over the years, dozens of independent and scholarly studies, relying on open sources and declassified documents, have provided crushing refutations, including those by the University of Baltimore, DLA Piper, the Iran Policy Committee, Akin Gump, Strauss Hauer & Feld and the House Subcommittee on Terrorism, Non-proliferation and Trade.

What I will say is that Pillar’s and other likeminded Tehran apologists’ contention that all those who politically support or are affiliated with the NCRI and MEK, as well as the Iranian people (120,000 of whose children fought and died for the noble ideals this movement espouses) are “unaware” and “herded… like sheep, with no will of their own, and obedient only to their leader,” is an insult to countless American and Europeanstatesmen, a large bipartisan group of Members of Congress, the movement’s highly educated activists and sympathizers, and the Iranian people.

The fact is that the mullahs view the NCRI and MEK as an existential threat, and that is the only explanation for their round-the-clock, expensive campaign of demonization. In the apt words of one of America’s founding fathers, John Adams, “Facts are stubborn things; and whatever may be our wishes, our inclinations, or the dictates of our passions, they cannot alter the state of facts and evidence.”