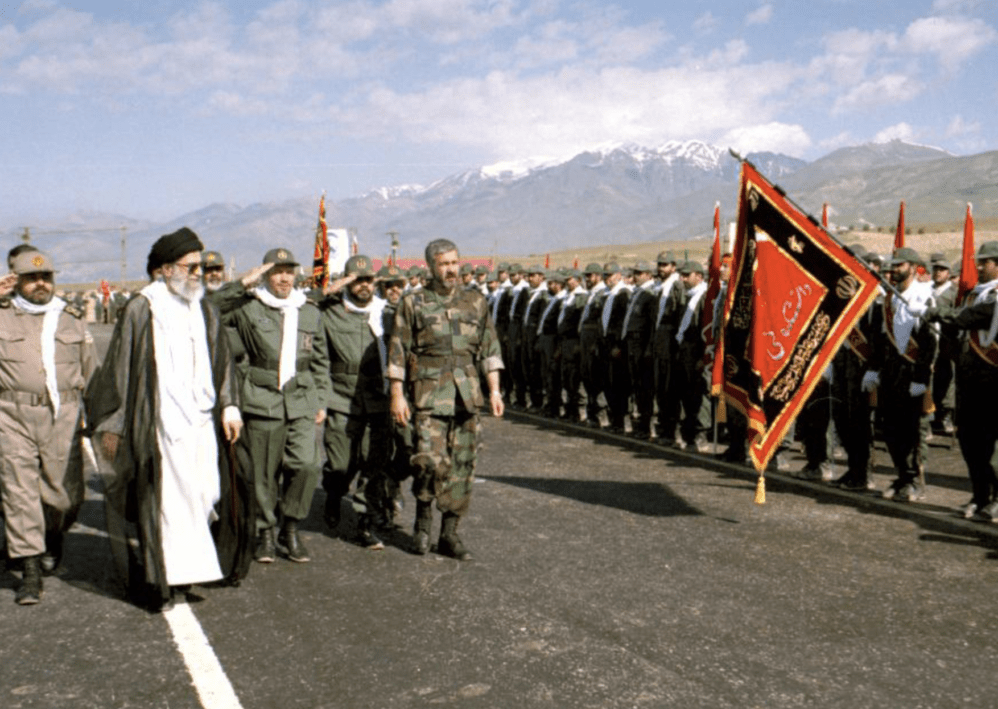 Ever since the new administration has taken office, the Iranian regime has resorted to what it does best: terrorism and extortion.

The Middle East is in turmoil again. From Kabul to Riyadh, and Beirut to the Gaza Strip and Jerusalem, people are frightened and forced to hear the horrifying blasts of emergency sirens that had long been silenced. If one were to search anywhere other than in Iran for the detonators of these blasts, they would be wrong again.

An explosion in front of a girls’ school in Kabul, Afghanistan two weeks ago killed dozens of innocent people, embarrassed the Afghan government, and jeopardized the Biden administration’s plan to withdraw U.S. forces by September 2021. There is no question that such a heinous crime, which will cause further insecurity in Afghanistan, only benefits the regime in Tehran, which thrives on crises beyond its borders.

As most victims were from the Shiite Hazara ethnic minority, the Iranian state authorities and media claimed to protect that community and argued that the Afghan government has failed to protect the “most persecuted community.” Some are already arguing that “the Hazaras must pick up arms and defend themselves.” Guess who’s feeding these talking points?

Similarly, the mullahs reaped the windfalls of sectarian conflict in Iraq because the carnage increased their leverage during every negotiation. Political observers remember all too well how the Islamic Revolutionary Guard Corps Quds forces killed Shiites in Iraq. They then laid the blame on Sunni groups in order to fuel the cycle of sectarianism in the hopes of pushing the United States out of Iraq, thereby allowing the Iranian regime to fill the remaining vacuum.

Around the same time as the school explosion, the U.S. Navy seized a ship carrying thousands of Iranian weapons and ammunition headed towards Yemen to arm the Houthis. A U.S. Navy initial investigation found that the vessel came from Iran. This is yet more proof that the Iranian regime is actively arming the Houthis despite a United Nations arms embargo.

The Houthis were removed from the State Department’s Foreign Terrorist Organization (FTO) list in February this year, allegedly because some voices in Washington were arguing that the blacklisting was hindering human rights organizations from providing aid to the Yemeni population.

Last week, the same proxy group targeted the Abha International Airport in Saudi Arabia with an explosive-laden drone last Monday. While international media reported that the Saudi-led coalition had intercepted eight drones and three missiles, the Houthis and Iranian state-run media insisted that “the operation was conducted successfully and the target was hit accurately.”

On the very same day, Islamic Revolutionary Guard Corps speed boats harassed the U.S. Navy in the Persian Gulf, trying to provoke a military confrontation. Add to this the recent developments in the Gaza Strip and the alarming escalation of hostilities that could lead to a regional war.

One might wonder why is all this happening all at once? The answer lies with the mullahs in Tehran and their representatives in Vienna. Ever since the new administration has taken office, the Iranian regime has resorted to what it does best: terrorism and extortion.

Before the Vienna talks, the regime’s economy was suffocating under crippling international and U.S. sanctions, impeding funding its proxies in the Middle East and the Revolutionary Guards (IRGC). Enraged over four decades of oppression and censorship, Iranian citizens were suffering further from the regime’s vast and endemic corruption.

Since 2017, several nationwide uprisings and constant street protests have shaken the regime to its core and the religious dictatorship has had to resort to bloodshed to prevent its overthrow. Thus the regime’s leadership had no other choice but to accept to engage in talks, albeit indirectly, with a foe it called the “Great Satan” for decades.

But as it increased its aggression against the U.S. military in Iraq and ramped up uranium enrichment during January, March, and April, Tehran only heard calls for more engagement and diplomacy from Western capitals. That is why it was emboldened to increase its uranium enrichment and to blackmail the Biden administration and its European partners back to the negotiation table.

As the United States started to show signs of goodwill and promised to lift sanctions, the regime demanded “lifting all sanctions at once.” It detected weakness and reluctance to take firm action against its belligerence on the part of its international interlocutors.

There is one thing that diplomats in Vienna are not discussing: the Iranian people. If Western negotiators were to pay attention to the numerous waves of unrest and daily protests in Iran since 2017, they might be in a better and stronger position.

The regime only understands the language of strength. A coward regime that hides behind proxies and kills innocent people should not be rewarded with international credibility and concessions.

For years, Iranian lobbyists in Washington cried wolf about war with Iran to legitimize appeasement with the biggest state sponsor of terrorism. Now the Biden administration should take stock of how that kind of “diplomacy” is bearing fruit in the Middle East.

It might be wise to start thinking about a third option: standing with the Iranian people and their resolute and repeated calls for the overthrow of the ruling theocracy, reflected in the chants of “death to the dictator” by millions during the January 2018 and November 2019 nationwide uprisings.

The West knows that showing weakness in front of bullies invites even more aggression. So it should consider a change in approach.

Ali Safavi is a member of the foreign affairs committee of the National Council of Resistance of Iran.