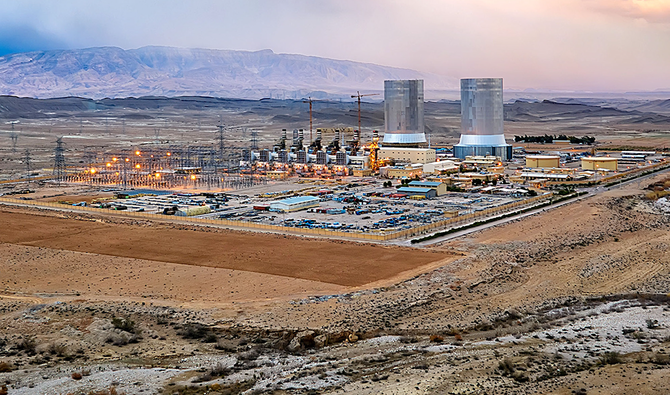 DETROIT: Ali Safavi, a member of Iran’s parliament in exile, said on Wednesday that Iran has built a nuclear weapons site that it has been hiding from the rest of the world in violation of international law.

Safavi, who said the details of the nuclear site would be revealed at a press conference on Friday by the National Council of Resistance of Iran (NCRI), added that the world needed to act not only to block Iran’s production of nuclear weapons but to stop the regime’s repression and brutality against its people.

Appearing on Detroit-based radio program “The Ray Hanania Show,” which is sponsored by Arab News newspaper and the US Arab Radio Network, Safavi said Europe especially had failed to act to stop the massacres from taking place.

“The European countries out of economic interests, their shortsighted interests, they are basically losing the strategic game. They should instead side with the people of Iran,” Safavi said.

“This regime is on its way out. For the Europeans to continue to deal with this regime commercially, politically, and lend it legitimacy, they are betting on a losing horse. And, of course, come liberation day, the Iranian people will remember all of this.”

Safavi added that “no amount of political concession, economic concession, saved the Shah from being overthrown,” referring to the late Shah Reza Pahlavi who was ousted in February 1979 after 38 years in power.

“The mullahs of Iran are a thousand times more rotten, decadent, repressive and illegitimate,” Safavi said.

Following Safavi’s radio appearance, NCRI officials announced that they would host a press conference on Friday, October 16, to unveil details of the secret nuclear facility in Iran and provide satellite imagery and the names of the key Iranian regime officials involved.

Safavi and NCRI officials said that information on the nuclear center and the Iranian regime’s nuclear bomb-making efforts had been provided by the Mujahedin-e Khalq (MEK) network within Iran.

“Over the past two decades, the NCRI has exposed some of the most important sites and centers of Tehran’s nuclear weapons program,” they said.

They listed them as the Natanz uranium enrichment and Arak heavy water sites in August 2002; the Kalaye electric centrifuge assembly and testing facility in February 2003; the Lavizan-Shian sites in May 2003; the Fordo underground enrichment site in December 2005; the Organization of Defensive Innovation and Research, SPND (in July 2011) and METFAZ’s Pazhouheshkadeh at Plan 6 in Parchin in April 2017.

Safavi blamed the failure of European nations to rally against supporting the Iranian regime, a pattern he said was reflected in the failed policies of President Donald Trump’s predecessor Barack Obama.

“You have seen for example the Obama administration and the so-called Iran nuclear deal which has provided hundreds of millions of dollars to Iran including $1.8 billion in cash. What did that do?’ Safavi asked.

More must be done, he said.

“The question in my mind and in the minds of millions of Iranians, is why is Europe doing this? Back in 2009 when millions were in the streets of Iran calling for the overthrow of the mullahs chanting death to the dictators,” Safavi said.

“They were also chanting in the same breath Obama are you with us or are you with the mullahs? Of course, everyone knows that the Obama administration was silent about that and of course the mullahs prevailed by the use of force.”

Safavi said the Europeans must do more and that even President Trump, who had done a great deal, could also do more.

“I think the (Trump) administration can do more, certainly. I think it should work to provide Iranians with the kind of technology that they could have access to the Internet at the times of protests and uprising so that the mullahs cannot cut them off from the rest of the world,” he said, noting the Iranian resistance was staying out of the American general elections.

“They can totally cut off the regime from the world and national system. They can maybe present a resolution at the UN Security Council calling for the Iranian regimes’ human rights dossier to be addressed and those responsible to be held accountable,” he said.