Change Is On The Horizon In Iran

Home/News/Change Is On The Horizon In Iran 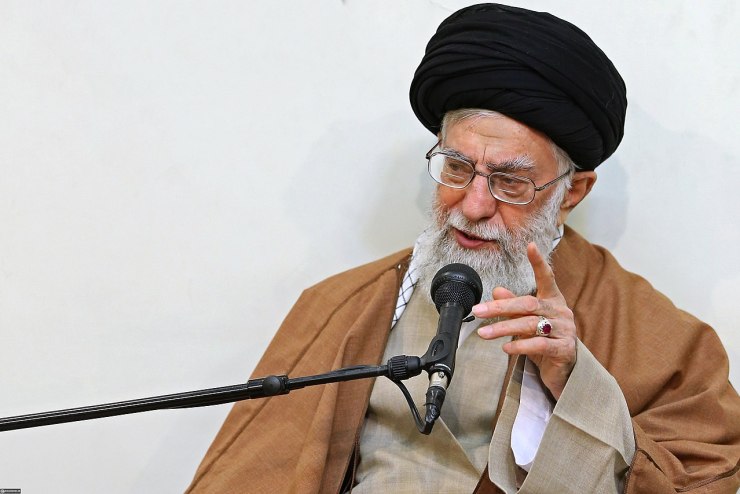 Why is the Iranian Supreme Leader’s New Year message important for the U.S.?

In late March, the Iranian regime’s Supreme Leader Ali Khamenei, delivered a significant speech on the occasion of the Persian New Year, which will have important ramifications for Iran, the Middle East, and beyond. It will no doubt impact the U.S. approach to Tehran as well. Khamenei used combative language towards the West over the nuclear dispute, announced new guidelines for the regime’s upcoming presidential election and ordered new restrictions on access to the Internet.

During the U.S. presidential campaign, then-candidate Joe Biden outlined his foreign policy agenda and promised to revive the Iran nuclear deal, known as the Joint Comprehensive Plan of Action (JCPOA), and to replace “maximum pressure” with diplomacy.

Tehran’s aggressive posture, however, forced a change of direction. On January 19, 2021, during his confirmation hearing, Secretary of State Antony Blinken told Senators that the administration would need to assess Iran’s actions first before returning to the deal. He also underscored that the ultimate aim would be a deal that also limited Iran’s missile program and its support for regional proxies.

On March 3, Wendy Sherman, Blinken’s deputy made clear during her Senate confirmation: “I would note that 2021 is not 2015, when the deal was agreed, nor 2016 when it was implemented. The facts on the ground have changed, the geopolitics of the region has changed, and the way forward must similarly change.”

These remarks were noticed in Tehran.

In his New Year message, Khamenei put down his own yardstick. “We are not in a hurry at all in what we have proposed as a solution … In some cases, haste is more dangerous and harmful than burning opportunities,” he said, adding: “I have heard some Americans say that today the circumstances of 2015 and 2016, when JCPOA was signed, have changed, so JCPOA must change as well; I agree, yes. …The situation has changed in favor of Iran, not in your favor!”

He then demanded, “The Americans should lift all sanctions, then we will verify. If they are lifted in the true sense of the word, then we would return to our original obligations. This is a definite policy.”

In the message, Khamenei mentioned “America” 23 times, sanctions 32 times, and the JCPOA 11 times He also dedicated nearly a third of his remarks to foreign policy-related matters, making it palpably clear that the regime is reeling under the weight of international sanctions and isolation.

Regarding the regime’s presidential elections in June, Khamenei also made clear that he is hell-bent on closing in ranks within the regime and eliminating the rival faction’s candidates. He cited eight attributes that any successful presidential candidate should possess, most importantly among them “a Jihadi record” and “having faith in domestic capabilities.”

“Let our dear nation know that the spies and intelligence services of countries, and worst of all, the United States and the Zionist regime, have been trying to derail the June elections for some time … Either they accuse the organizers of an engineered election … or they discourage the people by saying their vote has no impact on improving the situation,” he warned.

Unwittingly, the Supreme Leader acknowledged the illegitimacy of the regime in the eyes of Iranians. Indeed, Iran has witnessed multiple uprisings in the past three years. A nation tired of social inequality, repression and censorship, has taken to the streets by the millions. In November 2019, more than 1,500 Iranians were slaughtered during uprisings in 242 cities. The regime shut down the internet to prevent information dissemination, something which Khamenei again urged officials to do.

Khamenei’s regime is suffering from escalating factional feuding and is facing mounting nationwide social unrest. The mullahs are weak and vulnerable at home. And this is the biggest sign that 2021 is not 2015.

As the Biden administration is formulating its policies towards Russia and China, the Iranian regime intends to play hardball and blackmail the U.S. Khamenei is forced to be fighting on several fronts simultaneously because his regime is encircled by multiple existential domestic and international crises.

Is change finally on the horizon in Iran in the Persian year 1400? Only time will tell. But Khamenei’s distressed New Year call failed to deliver optimism for a faltering regime that, like any other dictatorship, has always been frightened of the march of time.

Ali Safavi (@amsafavi) is an official with the Foreign Affairs Committee of the Paris-based National Council of Resistance of Iran.