An Investigation into Iran’s 1988 Massacre is Long Overdue 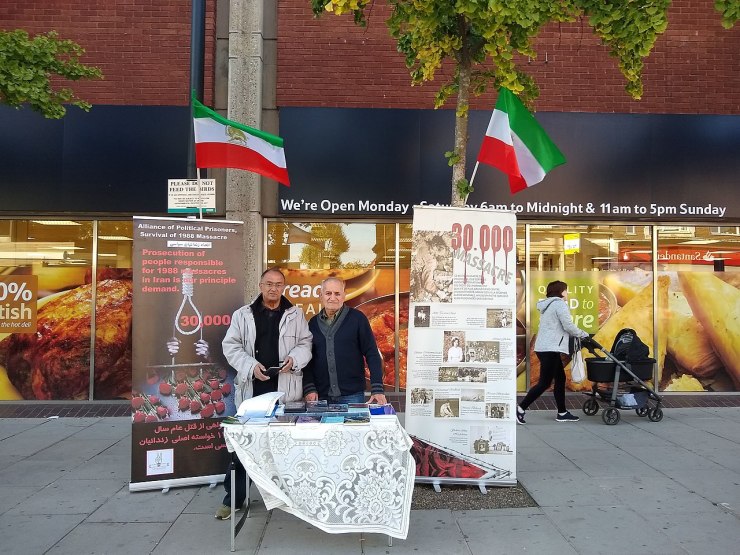 This month, tens of thousands of grieving families of victims of the 1988 massacre in Iran received a major boost for their calls for justice. Half a dozen UN experts made public a report that describes the massacre as a “crime against humanity” and deserving of an international investigation. This is a major blow to the Iranian regime and heralds a new era that would see an end to the climate of impunity for the regime’s murderers.

After launching a reign of terror and violence against dissent during the 1980s in Iran, in 1988 the ruling mullahs rounded up thousands of imprisoned political activists and secretly executed them in a matter of weeks. It is estimated that at least 30,000 political prisoners were killed and buried in secret graves in what has amounted to one of the worst political crimes of the 20th century.

The recently publicized report was signed off by the UN Working Group on Enforced or Involuntary Disappearances and six UN special rapporteurs. It provides an evidence-based and relatively detailed list of allegations, including the regime’s “continued refusal to disclose the circumstances of death and remains of thousands of political dissidents who were forcibly disappeared and then allegedly extrajudicially executed between July and early September in 1988 in 32 cities.”

The majority of those killed were members or supporters of the main democratic opposition the Mujahedin-e Khalq (MEK). The MEK is part of a broader coalition of opposition forces that make up the National Council of Resistance of Iran (NCRI).

The NCRI’s President-elect Maryam Rajavi said last week that the UN report reinforces the need to refer the 1988 massacre to the UN Security Council and ensure that the perpetrators of this ongoing crime against humanity finally face justice.

The prominent human rights group Amnesty International also hailed the UN report as a “momentous breakthrough” that marks “a turning point in the long-standing struggles of victims’ families and survivors.”

Top UN human rights experts have indeed sent a clear and “long overdue” message to the Iranian regime: these ongoing crimes can no longer go unpunished.

They have pointed to unequivocal facts. The mass killings of prisoners took place in at least 32 cities across Iran, according to the experts. Since then, the regime has refused to provide accurate information on the fate and whereabouts of those it has murdered. This has caused “extreme anguish” to the families of the victims.

There have been many mass graves reported across Iran. However, throughout the last three decades, the regime has tried to conceal the growing evidence of its crimes by “bulldozing them and then constructing new burial plots, buildings or roads over them,” according to the UN report.

As if all this is not enough anguish for the grieving mothers, fathers, children and other relatives of the executed dissidents, the authorities have banned memorial events. The UN, Amnesty International and other human rights groups and opposition sources have reported on numerous occasions that attempts to hold memorial services at the famous Khavaran mass grave site near Tehran are regularly suppressed. The recent report says “Actions taken (by the regime) include … threatening, beating and arresting families at the site, … (and) raiding homes of families who hold memorial ceremonies.”

Some family members have even been executed. In one of the most high-profile examples, 62-year-old Ali Saremi, an MEK supporter who attended a memorial service for the 1988 massacre victims in 2007, was arrested and later hanged in December 2010.

To date, not a single individual in Iran has faced justice for their involvement in the 1988 massacre. In fact, acknowledging or talking about the massacre is a red line for the mullahs. Many of the perpetrators continue to hold senior positions in the regime, including the supreme leader Ali Khamenei, president Hassan Rouhani, the regime’s judiciary chief, Ebrahim Raisi, and many ministers, judiciary officials, Intelligence Ministry authorities, and members of the Islamic Revolutionary Guard Corps (IRGC).

The case for bringing the 1988 massacre dossier to the UN Security Council has been strengthened considerably. Top UN human rights experts have clearly warned that in the absence of domestic investigations, they “will call on the international community to take action to investigate the cases including through the establishment of an international investigation.”

The evidence of the 1988 massacre is overwhelming and points to a horrible crime against humanity. Those who committed such heinous acts against people with different political viewpoints continue to commit crimes to this day. That is a deep dark stain that should be removed from contemporary humanity’s conscience. An international investigation into the 1988 massacre is an imperative and long overdue.

Ali Safavi (@amsafavi) is an official with the Foreign Affairs Committee of the Paris-based National Council of Resistance of Iran (NCRI).